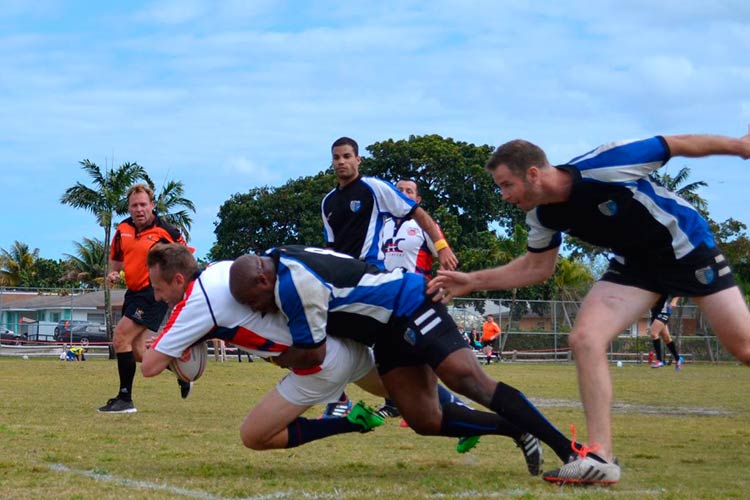 This blog follows on from Rugby Injuries (Part 1) about Shoulder Injuries in Rugby, and will discuss some of the common head and neck injuries seen in contact sports.

One of the most common neck injuries that occurs while tackling is known to the players and rugby coaches as a ‘Stinger Injury’.

Typically, this involves the neck and shoulder being forced/or impacted in opposite directions, and leads to a brief but sometimes intense electrical shock feeling down the arm with pins and needles into the hand and the arm will feel weak. This may typically settle very quickly in under 20-30 seconds and players may ask if they can return to play. A very quick and informed assessment (by physio or doctor) is required to decide. Without this match-day support, it’s important to be smart with your own decision-making… if it doesn’t feel right, the best thing to do is to sit out and seek some medical advice.

The clinical term for a Stinger Injury is either a ‘transient brachial plexus traction injury’ or ‘brachial plexus neuropraxia’. In some cases, there may be nerve injuries at the neck itself or disc injuries depending on what exactly happened. It’s is important that you achieve full strength and function back in the neck and arm before returning to play.

A physiotherapist can pick up signs of nerve non-recovery through a detailed examination, can help to rehabilitate the player, or refer the player onwards to the appropriate specialist if required. I would recommend you get yourself checked if something doesn’t feel quite normal, before returning to full contact sport.

The other common and highly controversial injury is a direct or indirect injury to head, known as concussion. There are lawsuits that involve billions of pounds related to the poor recognition and management of this condition in the USA (https://deadspin.com/) and it has become high profile in the UK in Rugby Union, with the sport taking it seriously (www.independent.co.uk). A blockbuster film has even been released in 2015 named Concussion, highlighting a doctor who has researched changes in the brain that occur with repeated head blows in the NFL (Concussion trailer).

My experience of concussion within Rugby Union in the Aviva Premiership and PRO14 rugby has been very challenging as a clinician and very stressful and worrying for the players. I have dealt with several concussion episodes in elite professional players, some which have returned. Some have even led to retirement, on advice of a neurologist because of ongoing symptoms / high risk of future episodes. The condition has not always been taken seriously by players and coaches in the past. This is often due to it being considered an ‘ Invisible injury’. There is no slings or bandages, so the player can appear/look normal often within 24-48 hours post injury.

If you take a blow to the head, feel any strange symptoms (including headaches, dizziness, blurring of vision, neck pain, nausea, balance issues or loss of orientation) and don’t have a pitch side medical team immediately available to you, I recommend you remove yourself from play and not return to play that day. This is what’s recommended by current guidelines (British Journal of Sports Medicine). This is particularly important in children, who can have severe and repetitive episodes. Please seek medical advice for yourself and loved ones. Remember this important motto: “if in doubt, sit yourself out”!