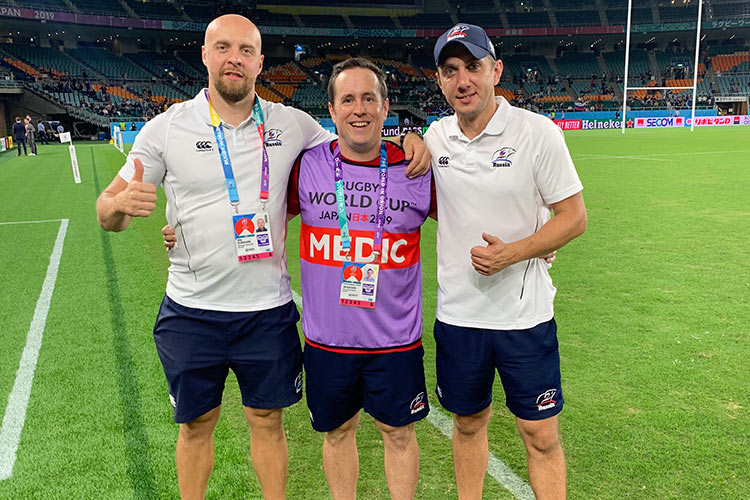 Here are some photos from the Rugby World Cup in Japan where I was the Head Physiotherapist for the Russian Men’s Rugby team for 5 weeks. You can find more in my gallery album dedicated to that time.

We had 10 days in Tokyo and participated in an amazing welcoming ceremony before playing the opening game of the tournament.

Russia played the hosts Japan in an amazing first game.

We then played Samoa , Ireland in Kobe and our final game was against Scotland in the following weeks.

There were some really close games and the Russian players and management were true professionals the entire trip. The players gave 100% and left everything out on the field.

It was great to catch up with Physios and Doctors that I have worked with during my time in the English Premiership and PRO14.

The Japanese people were amazing hosts and fans and it was a fantastic tournament.

This truly is my career highlight to date and I am planning to share my experiences in more detail in the near future.